Here are the controls:

In this example I’ve set the Blur Falloff to 0%, this makes the shadow blur increase the further the shadow extends from the source layer.

You can find it in the Stylize category. 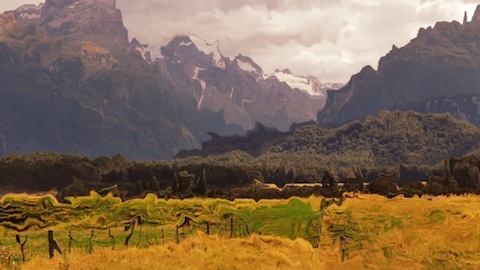 This effect adds an animated heat haze to a clip, with the option to change the colours to match.

You can animate the position of the mask using keyframes. You can set the mask to being a oval by making the X Scale different from the Y Scale, and rotate the oval using the Rotation parameter. 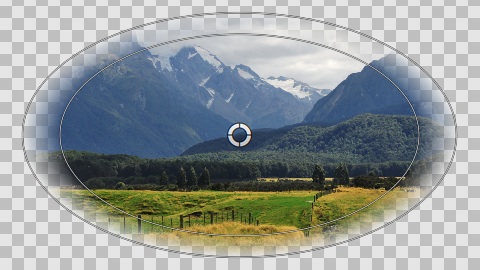 Adds an animated handheld camera shake. Distance defines how far the clip is scaled up before the shake is added. 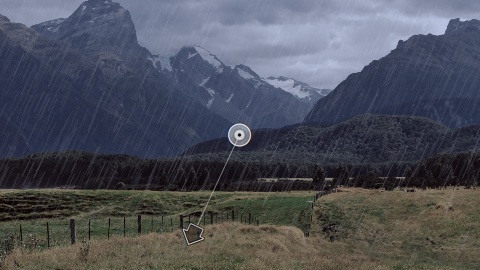 If you use keyframes to animate the Take Picture parameter, you get a simulation of an SLR shutter:

Some have colour, pattern and shape options to produce varying backgrounds within a theme.

A series of shapes moves across the screen. Starting in one of nine different places (Upper Left, Right, Centre etc.) with three build styles (Across, by row, by column) and many shape styles:

A bar moves on showing a sliver of the incoming clip. The bar sweeps in one direction and back in the other before widening to reveal the new clip.

The 10.0.6 update adds new corner ‘bug’ templates to 15 existing themes.
For example, the Bug lower third for the Documentary theme looks like this: 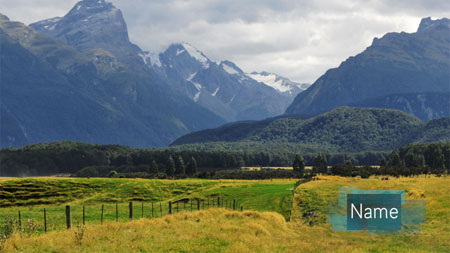 They all the options to animate the title onto and off the screen:

They also have colour, shape and position options:

As well as short amounts of text, there are options to use the type the cut a hole in the graphics to reveal the clip underneath and to use a clip dropped in the media well:

Here are close ups of the 15 new bug templates: