According to The Wall Street Journal, Apple have decided to change their PR policy to counteract recent bad press: they’re ‘subtly increasing’ their activity.

There does seem to be a correlation between Apple’s success and the number of press releases issued per month: 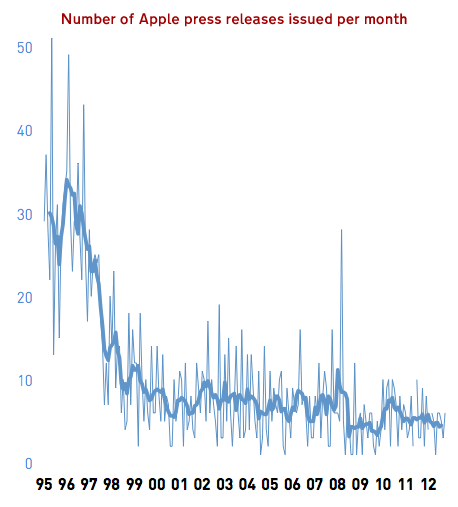 When Steve Jobs was appointed as iCEO in September 1997, there seems to have been a change in policy. The only month since March 1998 that had over 20 releases was June 2008, which was filled with iPhone partnership announcements.

As industry analysts are desperately searching for signs of Apple having reached its peak, perhaps a flurry of press releases in the coming months will be seen as a lack of confidence.

However, Microsoft’s equivalent graph isn’t as straightforward. They seemed to change their policy a few times over the years. Up to five years ago, they produced many releases a month, and have gradually reduced that side of their PR activities since: 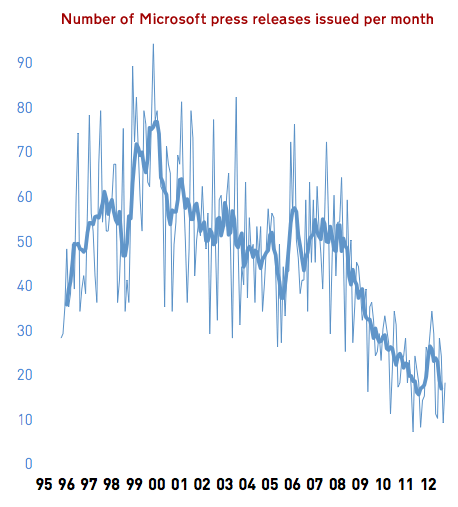 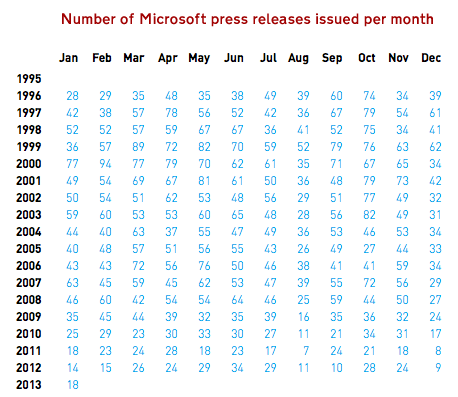