Watching ‘Hustle’ on the BBC this evening, I noticed a ‘good enough’ day for night shot.

It was made obvious by a transition directly from the day version of the setup: 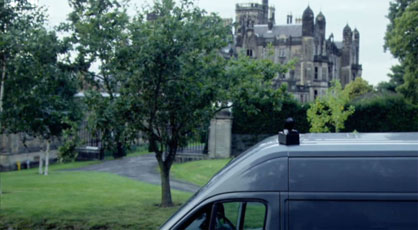 To the same shot colour-corrected to look like night-time: 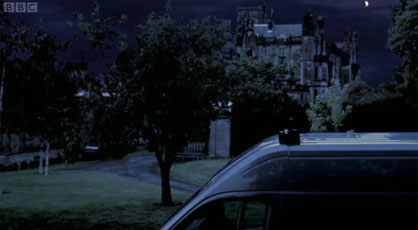 They used a flat monotonous sky to pull a key, but they ended up letting quite a lot of the tops of the trees floating in mid-air. Some of the house roof details vanished too.

They even added an owl hoot to the soundtrack to sell the idea. To imply that they had crossfaded between two shots, they moved the second shot down a little so that the whole image changed.

For the budding colourists, you can use these images as before/after references on how to change a day shot to look as if it were shot at night.