Channel 4 are starting up a community for people who want to share animations called 4mations.tv – this promotes their work and celebrates animation in the UK over the last 26 years. Since 1982 Channel 4 funded a major proportion of British animated films. On Friday, Clare Kitson – their commissioning editor for the 90s – presented some of the films they supported, here are links to some of the films she showed:

15th February – A film that seemed to not be completed based on an initial plan. It’s 6 minutes 39 seconds feels like 10 minutes.

Many Happy Returns – A film that takes a long time to tell a story that needs to be told. Again mixed media, this time more violent.

The Man With The Beautiful Eyes – A beautiful, sunny story based on a poem by Charles Bukowski. 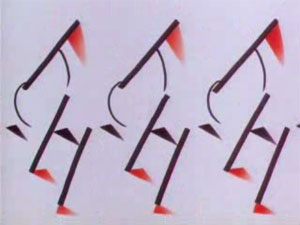 Feet of Song – An impressionistic film at its best when it’s at its most abstract. 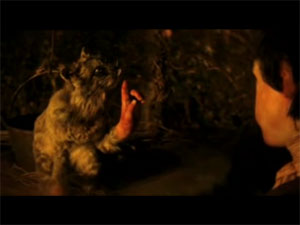 The Cat With The Hands – A scary gothic tale.

I’m linking to these films because they are some of the films that Clare thinks are a part of a representative sample of British animation over recent years.